On April 5, 2016 our group of children and mentors wonderful evening at the United States Army Field Band and Soldiers Chorus concert at Garrett Coll

It’s National Mentoring Month again! Garrett County has the most amazing mentors (follow the link to see our full list!) making a difference in

Special thanks to our 2015 Run For It Team! Just a few of our team are pictured but thanks so much to all who donated toward our team, particpated i

Meet More Of Our Mentors >

Author Jeremy Gosnell is generously donating a percentage of the proceeds of the sale of his newest novel, The Terminal to our organization! Purchase your copy at the Book Mark’et in Oakland, Maryland, or here! 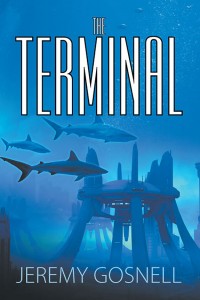 Each of these seemingly unrelated incidents is tied together, leading to an incredible journey back in time to the ancient kingdom of Atlantis. While following in Eric’s footsteps, Allison is whisked away, pulled 70,000 years into the past to end up in the fabled Atlantis. She finds the kingdom in shambles and under constant attack by strange creatures called the Abaddon. When Allison is captured by the creatures, the people of Atlantis deploy an ancient biological weapon to destroy them.

Eric and Allison must join together to find a control system called The Terminal, which can alter time and space. The Terminal is a stunning sci-fi thriller that adeptly explores how a past civilization could exist and what that existence could teach today’s world.

Jeremy Gosnell is a magazine writer and a long-time marine aquarist. He lives in the mountains of western Maryland and was inspired to create this story after reading Graham Hancock’s writings on a pre-classical era civilization. His biggest challenge was “tying human genetics, ancient history, and seismology together to create a story that leads back to an ancient kingdom, written about long ago by Plato.” He enjoyed envisioning a scientific picture of what Atlantis and its people may have been like.

Join our email list to receive newsletters and updates about our program and upcoming events.

We would love to stay in touch with you! Connect with us on Facebook to stay up to date.

Paypal or credit card donations can be made through our PayPal account. Checks can be sent to Garrett Mentors PO Box 725 Oakland, MD 21550.Consider becoming a sponsor of our annual Barn Dance and Silent Auction

We Need Your Support

As a non-profit organization we rely on your generosity to continue impacting children’s lives.